Here it is. The update that brings you all the Tier 7 content and Trains! Get ready to build even bigger factories with 11 new parts, some of them among the most complex in the game so far, and haul large amounts of resources across the entire map via train cargo. :D We’ve had this content on the Experimental build for a little while now and all the nasty bugs should be taken care of. There might still be new bugs popping up, but we’ll be patching the build over the next few weeks as necessary. We’re aware that the trains aren’t as smooth as we would like for clients, but we’ll continue improving them!

Hope you all will have a blast with this update! <3 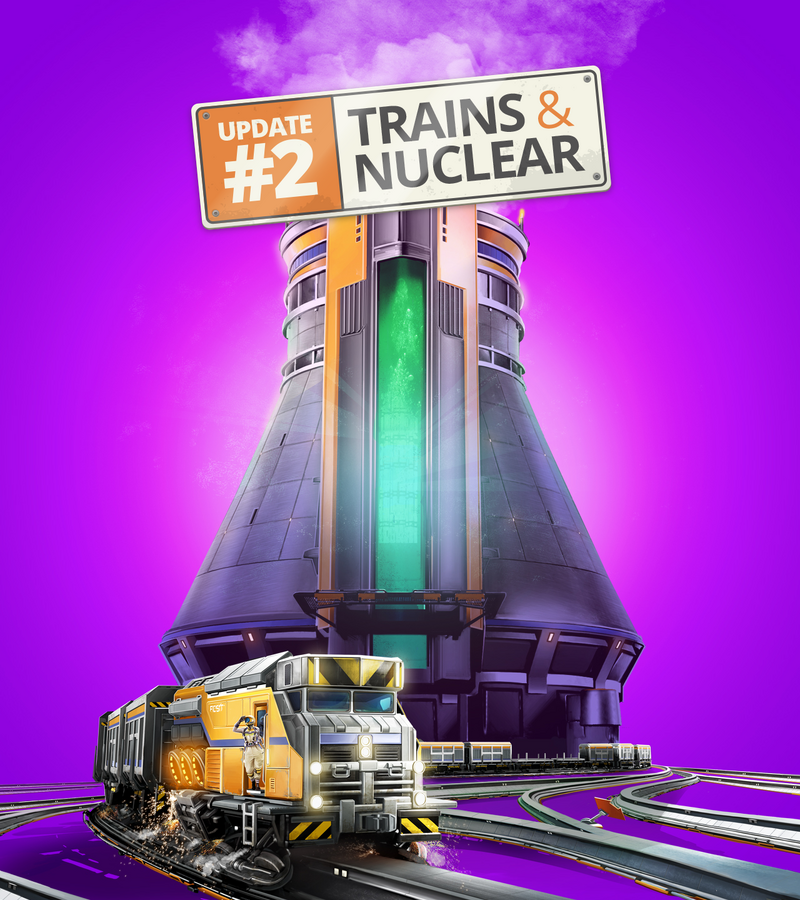