The Coal Generator is a building that generates Power by using

Coal. It is the first fully automate-able power source the player has access to and also the first power source to use a mined resource. For Beginner's guide for setting up coal power, see the section below.

A single node can support the following number of coal generators operating at sustained peak capacity:

The equation is as follows:

The real Fuel Burn Time with all generators depends on the amount of power actually being used. However, the UI does not show the real burn time, it shows the burn time if the generator is operating at peak capacity.

So, the 5.4 seconds burn time for Coal Generators shown in game is how long it takes to burn 1 Coal if all of the power that the generator can possibly produce is being used.

Before you start[edit | edit source] 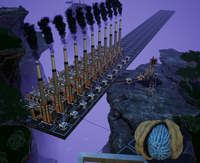 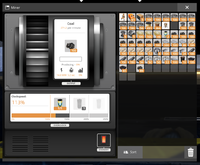 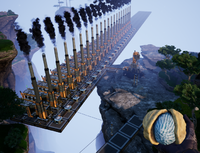